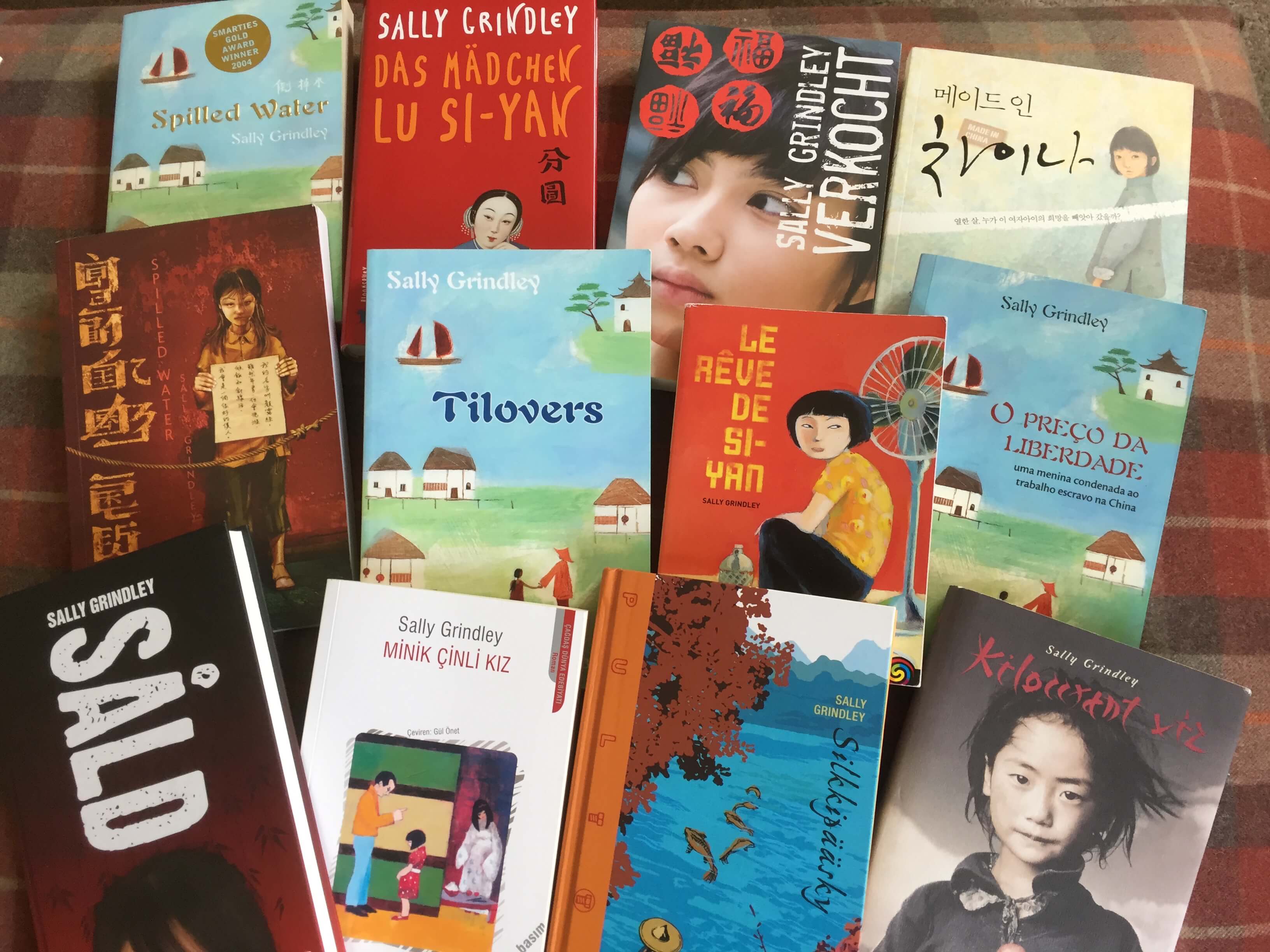 It was interesting talking a few days ago with a young Portuguese woman – in Portugal – about children’s books across the world and how different the book-buying markets are in different countries. I don’t think any of my books have been published in Portugal, though several have been translated into Portuguese for the Brazilian market.

When it comes to illustrated books for young children, it is often the style of illustration that will dictate whether and where a foreign edition (or editions) is published. What appeals in France and Holland, for instance, may not appeal in Germany and Denmark. What appeals in Sweden and Hungary may not appeal in Finland and the US. My own Shhh!, for instance, is hugely popular in France and Belgium, has now sold into China, but has never had a German or Scandinavian edition and died without trace in the US. UK publishers will choose illustrators very carefully and are much more likely to go with those they consider to have a broader appeal, because the more they can attract foreign sales, the cheaper their production costs and the greater chance they have of creating an international success. It’s not an exact science though!

The relevance or intrinsic interest of a story to a particular culture is of course another major factor, especially where fiction is concerned. A story that is too ‘local’ in subject or feel is unlikely to attract foreign editions, and in some countries the market for children’s books in general is small and insular, while for those that are externally sourced it is scarcely nascent – that includes Portugal. Finally, there are stories that have universal appeal and transcend multiple national barriers – The Gruffalo and the Harry Potter titles being prime examples. Don’t we all wish we had written them!

If I look at all of my books – picture books and fiction – my biggest markets, outside of English-speaking countries, have been France and Belgium, Sweden, Denmark and Finland, Germany, South Korea and more recently China, which is fast-growing. It’s a curious mixture! My most successful fiction in terms of co-editions is Spilled Water, which has sold into Germany, France, Hungary, Turkey, Sweden, Finland, South Korea, Holland, Brazil and Sri Lanka. Where picture books are concerned it’s Why Is the Sky Blue?, which has sold into France, Germany, Japan, Taiwan, South Korea, Holland, Sweden, Norway and Greece, and there’s even a Welsh edition.

One last point: foreign editions don’t necessarily happen straightaway. Only yesterday I received a Chinese edition of Knock Knock Who’s There?, which was published in 1985. It’s only just found it’s way into the Chinese market! Going back to Portugal, I shall be delighted when one of my books finally makes it onto bookshelves there. Which one will it be?