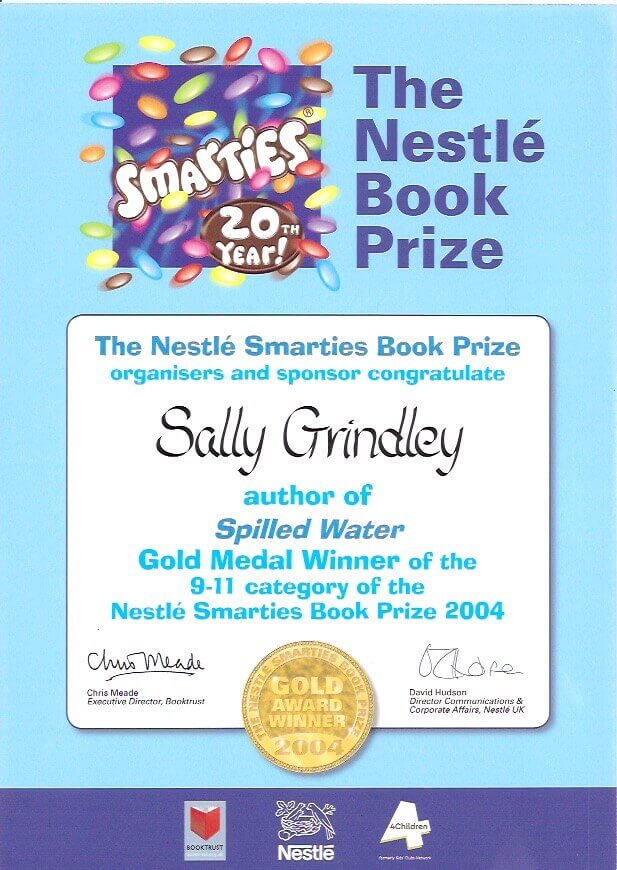 However much I try to keep calm and think of other things, I can’t help but feel a wee bit excited from time to time about the fact there is film interest in my children’s novel, Spilled Water. Nothing may come of it, I’m only too well aware, but it’s good to know that a director, scriptwriter and producer think highly enough of it to want to explore all possibilities of getting it on to the big or small screen.

Spilled Water was published in 2003 and sold in ten different languages. It required a lot of research and is the book I’m most proud of. The idea came from a newspaper article about Chinese girls being taken to market and sold into domestic slavery (and worse). The article told of a police sergeant’s mission to return these girls to their families, and that they are called ‘spilled water’, which I take to mean ‘a waste’.

I began to wonder what it would be like to be a young girl in such a situation. The wondering turned into a persistent nagging, and that’s when I knew I had to write a story. I started by reading everything about China that I could lay my hands on, fiction and non-fiction, but I found it impossible to write a word until I went to China to ‘get a feel for’ a country that is so very different from the UK. Much of what I saw there provides the backdrop for my story.

I also spent many hours researching online – everything from weather, to conditions in sweat shops, to food, to how teddy bears are made. I even made my own jointed bear, in order to understand how difficult it is to push a needle through multiple layers of fur! I like to be as accurate as possible.

Spilled Water is as much as anything a story about the resilience of children living in the most appalling conditions, and it’s a theme that continues through my other ‘international’ novels, which include Broken Glass, Torn Pages and Bitter Chocolate. Children in the UK have responded very positively to these books, and they are regularly used in schools as class readers.

I’m not on a mission to educate per se, I just like to tell a good story, but if these books make children who live in happier circumstances more aware of the suffering of others, more empathetic and more tolerant, then that can only be a very positive thing.

As for a film version of Spilled Water, that will be another story… I hope!