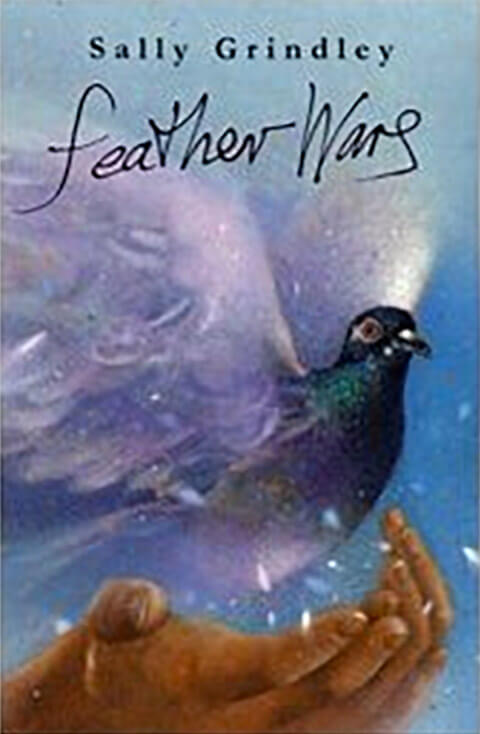 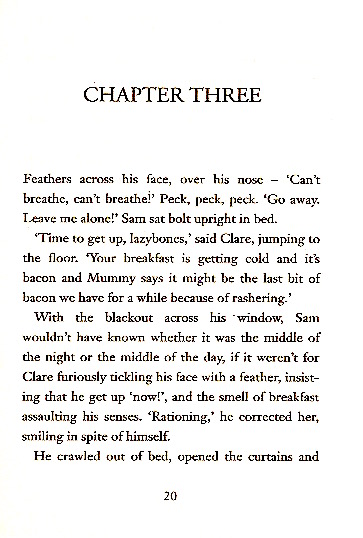 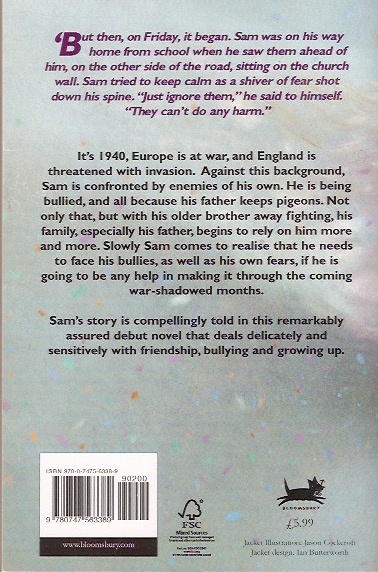 ‘From the award-winning Sally Grindley comes another story-telling masterpiece. Feather Wars is an accomplished and finely rendered novel set during World War Two that gently brings to life some complex issues in the life of a young boy.’  Lovereading4kids

As a picture-book writer of seventeen years standing, it was a real challenge to write my first children’s novel. This is it. The year is 1940, and Sam is growing up with the threat of war on his doorstep. He is also being bullied at school, not because of who he is, but because of who his father is. In the absence of his older brother, who has gone to fight overseas, Sam draws closer to his father and comes to realise that he needs to face his bullies, as well as his own fears, if he is to help his family through the coming war-shadowed months.