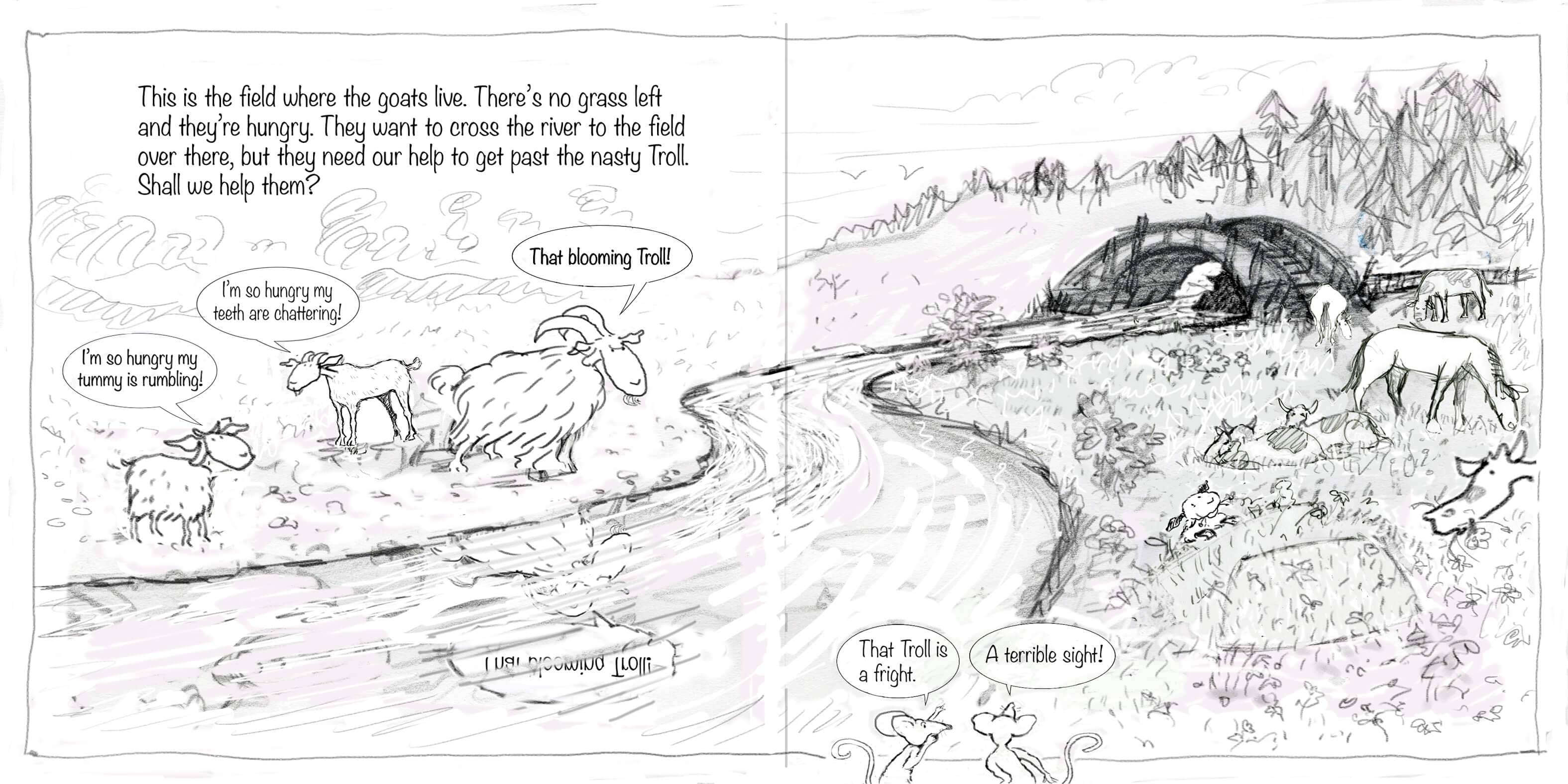 We’re now going full steam ahead with It’s the Troll!, follow-up to Help! – due for publication in September 2017. I thought you might like a taster of it, so here is another of illustrator Peter Utton’s early roughs. It will change a little – as may the words! – but it will give you some idea. The story is based on The Three Billy Goats Gruff, but we’ve taken lots of liberties with the original to keep it fresh, and we’ve added lots of comedy. (We can’t resist the comedy, and it has been a lot of fun to put together!)