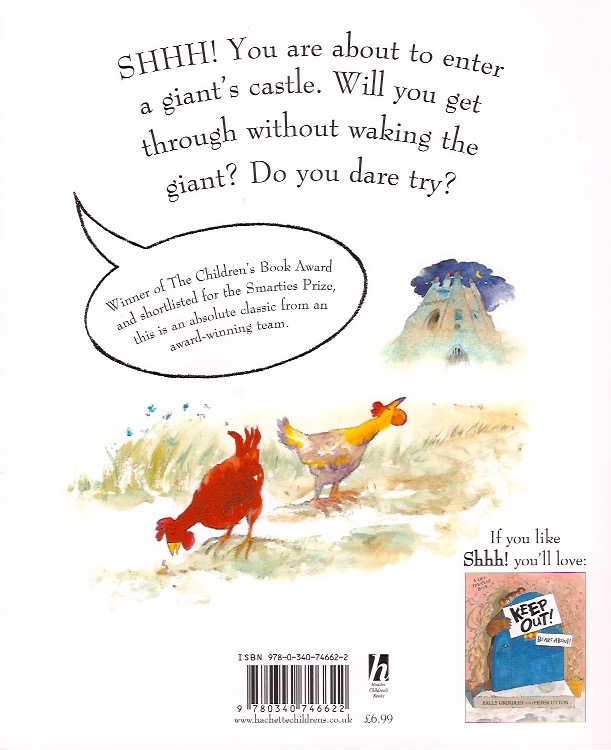 I was somewhat taken aback today when a women I know only by sight addressed me at the bar of my tennis club, asking: “You are Sally Grindley, the children’s author, aren’t you?” “Yes,” I replied cautiously. She then said that her daughter wanted me to know that her 3 year-old is terrified of the giant in Shhh! I was completely taken aback! My brain went into overdrive, ready to defend the book and the fact that it has been in publication since 1991, has become a cult book in France and Belgium, and that many, many children absolutely adore it. I was also preparing to offer regret for the fact that this woman’s granddaughter  was terrified by it. What I missed initially in my consternation was the woman telling me that her granddaughter demands to be read the book every single night – even takes it off her bookshelf and places it in her mother’s hands! So like a lot of children, she loves the frisson being scared gives her and Shhh! is her favourite book because of the giant.